Her pituitary imaging remains stable to date. Unfortunately, she recurred 1 year following her second treatment, and has subsequently received chemotherapy. No upper size limit was defined. We present data on ten patients with somatotroph adenomas. All had previously undergone CRT though none had achieved disease remission. The full data for disease activity at the time of diagnosis and at CRT administration are not available.

Two patients had not undergone previous standard surgery: one had received an Yttrium implant at diagnosis 43 years ago, and the other had multiple medical problems and so received primary CRT rather than surgery. Patients were considered for GK only if they were not satisfactorily controlled on medical therapy. Satisfactory control was deemed to be a mean GH below 1. This patient group was considered to have an ongoing residual disease rather than a recurrent disease, as none had previously achieved remission without unacceptably high doses of medical treatments.

Where possible, patients were taken off the treatment both for the administration of GK and for all the assessments as indicated in Table 1 and Fig. Figure 1 Download Figure Download figure as PowerPoint slide a Graph illustrating the decline in mean value of a five-point day curve of serum GH following gamma knife radiotherapy in the seven patients not receiving pegvisomant therapy.

Open symbols represent assessments made off all the medical treatments, filled symbols reflect assessments taken on medical therapy — as indicated in Table 1 and described in methods. Citation: European Journal of Endocrinology , 6; We present data on six patients treated for corticotroph adenomas, which are summarised in Table 2. These patients had a severe, ongoing disease. Four patients required ongoing treatment with anti-adrenal agents despite having undergone pituitary surgery, two on more than one occasion, as well as CRT.

The remaining two had also undergone pituitary surgery and CRT, but had subsequently also required bilateral adrenalectomy, and then developed aggressive Nelson's syndrome. One of these received GK on two occasions to two distinct areas of disease recurrence as indicated in Table 2. The mean interval between conventional and stereotactic radiotherapy was 6. We have also treated eight patients with NFPAs, all of whom had previously undergone surgery four on more than one occasion and CRT interval mean This patient group had a recurrent disease: with progressive increase in the size of visible tumour on serial imaging.

One patient with a prolactinoma was also treated. She had undergone surgery and CRT 11 and 8 years prior to GK, as she had developed severe mania on dopamine agonist therapy. The details of these patients are summarised in Table 2. CRT had been administered at various different centres in the UK and elsewhere. A baseline evaluation included formal ophthalmological assessment of visual perimetry and visual acuity, contrast-enhanced MRI of the pituitary and basal endocrine function.

A dose of 0. All patients were also assessed clinically by a consultant endocrinologist and oncologist, and were discussed at a pituitary neurosurgical multidisciplinary meeting.

Formal psychological testing was not available. Following GK, patients were reviewed similarly every 3 months for the first year, and annually, including dynamic testing where indicated, thereafter. All patients were assessed clinically for the development of any psychological or neurological changes following radiotherapy, and detailed visual field and acuity assessments were conducted annually to seek evidence of damage to the optic apparatus. Six out of ten patients with somatotroph adenomas were on treatment at the time GK was administered, although biochemical assessments were made off the medical therapy in one of these patient 6, Table 1.

In the five patients who remained on treatment, all assessments have been made on the same treatments before and after GK Table 1 and filled symbols in Fig. The patient with a prolactinoma was assessed using single PRL levels only. Contrast-enhanced MRI scanning was performed annually on all patients, with serial images reviewed by the same neuroradiologist J E. The targets were mapped by three-dimensional coordinates using both plain radiographs and CT scanning to aid stereotactic localisation to the bony landmarks. GK software was used to calculate the exact target volume range 0.

Due to this conservative planning process, 14 patients were considered unsuitable for GK. Microsoft Excel was used for all statistical calculations. Mean values and ranges are given for the fall in biochemical activity post GK and for follow-up times. Modal and mean values are given for GK doses. The biochemical data for the patients with somatotroph adenomas are summarised in Figs 1 and 2. Figure 2 Download Figure Download figure as PowerPoint slide Histogram illustrating the mean serum GH value left and mean IGF1 right before and at 12 and 24 months post gamma knife, expressed as a percentage of mean GH that was presented for patients.

However, selected patients were treated before this plateau phase had been reached. 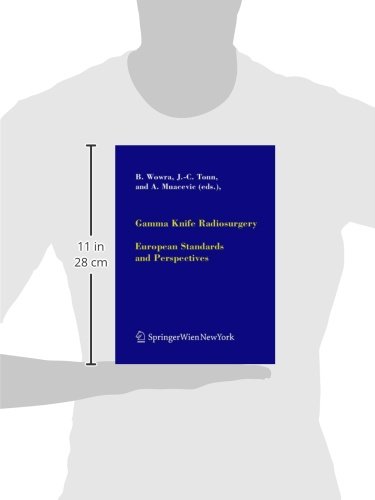 For example, patient 10 listed in Table 1 had received surgery and radiotherapy just 18 months prior to GK. She showed no response to somatostatin analogues or cabergoline, and only partially responded to pegvisomant: with an IGF1 still twice the upper limit of normal. However, within 6 months of GK her IGF1 had normalised on the same dose of pegvisamont, and it is anticipated that this treatment can be reduced and stopped as the effects of radiotherapy and radiosurgery continue.

The third remains on low-dose somatostatin analogue therapy to control the symptoms of headache. Three patients remain on the GH receptor antagonist pegvisomant, on which it is not possible to interpret GH levels: IGF1 is used as the sole biochemical marker of their disease Fig. Five out of ten patients with acromegaly were panhypopituitary prior to receiving GK: two out of five sustained a partial loss of pituitary function following GK, one remained partially hypopituitary and two remained eupituitary following GK mean follow-up of these five patients was The clinical details of all patients with corticotroph adenomas are listed in Table 2.

The other had very aggressive disease invading the clivus, skull base and subsequently extracranial soft tissues. She showed a temporary response for 12 and 18 months respectively, though she subsequently progressed and has recently received temozolomide chemotherapy Two patients showed no response, requiring bilateral adrenalectomy at 9 and 10 months. Again, no direct relationship between radiosurgical dose and clinical response was apparent in this small group. Five out of six patients were panhypopituitary prior to GK, with one remaining eupituitary at 36 months of follow-up.

No other adverse events were detected. She was panhypopituitary before receiving GK and developed no other adverse events follow-up 42 months. Six of eight patients have responded. The remaining two patients showed tumour control for 36 and 66 months but with subsequent re-growth requiring further surgery Table 2. These two had received comparatively low radiosurgical doses of 9 and It is possible but not proven that higher radiosurgical doses may achieve a better long-term control. Seven out of the eight patients were panhypopituitary prior to receiving GK, with one losing further anterior pituitary function following GK; no other adverse events were detected.

The treatment was well tolerated by all subjects, with none reporting headache or other immediate complications. The group is small and follow-up is ongoing; however, no new tumours have been detected in the radiotherapy field on serial imaging, and no neurological, cerebrovascular or psychological disturbance has been detected on detailed clinical review of all subjects to date median follow-up 36 months, range 6—96 months.

No new visual field or acuity losses have been detected to date. Three patients remain eupituitary, and one with partial hypopituitarism developed no further loss post GK. Four patients complained of headache prior to GK, of which one improved following GK. Four patients with cavernous sinus disease also complained of diplopia prior to GK. Two with cavernous sinus syndrome experienced complete resolution of their diplopia at 2 and 18 months post GK.

This is the first report of the use of GK radiosurgery exclusively in patients who had previously undergone CRT. These data confirm that GK radiosurgery is effective in acromegaly. These data also suggest an improved control in patients with recurrent NFPAs, although a true increase in actuarial progression-free survival or local disease control cannot be confirmed in such a limited number of patients with limited follow-up. GK was demonstrated to be well tolerated with an excellent safety profile although the follow-up period remains short.

We have observed no other significant adverse events to date. All patients had previously undergone maximal surgical resection of their brain tumors with subsequent radiographic documentation of residual or recurrent disease. Median tumor volumes was 1. Post-GK new neurologic deficits or subsequent neurologic decline was not identified in any of these patients. Fractionated external beam radiation therapy remains the standard for pediatric brain tumor radiation therapy.

In adults, there are reports of decreased adverse sequelae and increased quality of life measures with GK compared to conventional radiation. The physics of GK stereotactic radiosurgery predict advantages of SRS conformality and specificity relative to conventional external beam radiation. Although longer follow-up is needed, our results extend these conclusions to pediatric brain tumor patients, supporting GK SRS as effective, well tolerated, and safe in the pediatric population.

Oxford University Press is a department of the University of Oxford. It furthers the University's objective of excellence in research, scholarship, and education by publishing worldwide.